By Rachel Pilling24th May 2020Uncategorised

There was a game show from my youth, Whose Line is it Anyway; half an hour of comedy improvisation dressed up as silly tasks. A front runner you might say to TaskMaster. 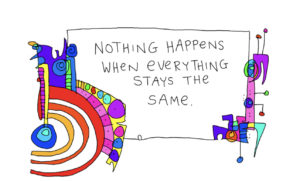 One of the tasks was to construct a sketch with 3 players with one rule: throughout, one player must be standing, one sitting and one lying.  The frequency of change was up to the players, but once one had switched, at least one other had to move in response. Watching the artists reading each other, anticipating which of three positions they should move into, the subtext of their words or gestures, the speed with which they had to respond to one of them moving,  guessing or intuiting which pose to move to in order to maintain the status quo.  The ultimate aim was balance, alongside the delivery of some funny dialogue.

This subconscious dance comes into play with change. Change is fluid; constantly shifting; participants observing and reading each other, responding to fill roles which alter as the project progresses. But all aiming for the same ultimate goal. 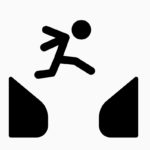 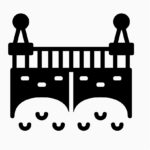 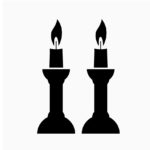 When it comes to change, there are three broad groups of people; leaders, bridge builders and tradition holders.  You’ve got a picture now in your mind of someone who belongs to each. You probably know which you yourself default into. What’s important is, like the game show, you need a balance.

So lets imagine we’re standing on the edge of a precipice, a deep canyon between us and the other side. How do each of the groups feel about it? 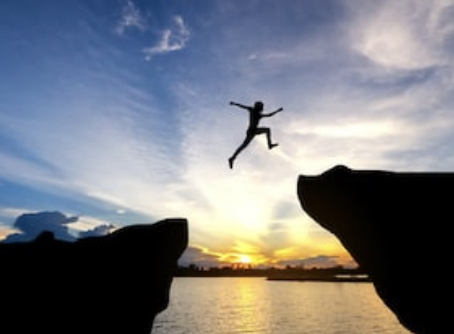 Leapers (hands up! Hello, you’re in my tribe…) see the inspiring vista. We imagine the possibility; we are excited by the prospect of a new project, the buzz from exploring the unknown, the hope of creating a bigger, better, brighter world.  We walk back a few steps, steady ourselves, run and leap……and hope….we will land ok. There is uncertainty, but we  are braced to deal with what ever is on the other side. Nothing changes if you change nothing..

Bridge Builders (you know who you are…fist bumps…) stand and watch the leapers.  Shaking their heads…here we go again..so the vision has been sold to us, but let’s just take some time to think it through.  What are we are going to need? Who can help us do this well? Let’s get the planning table out, some markers, post its…while we wait for the leaper to report back, on what they’ve found.  Tell us from their early trials what we need to bring with us. And then we will  start building. Steady progress, bridging the canyon, one block at a time And sometimes when the leaper has jumped and missed we can help pull them out.

And last but not least, Traditional Holders. The sages. The holders of wisdom. Preservers of the good which exists on this side of the canyon, the safe place for builders to return to each night while the building is going on.  The calm reassuring stability in what can be a turbulent chaotic storm. What is often interpreted as ‘resistance or barriers to change’ is actually an essential safety mechanism.  Tradition holders need leapers to effectively communicate what they have found; paint the picture for what they are working towards. And crucially, why this is better than what we have already. And once the bridge is built, they will bring across all the ‘good’ bits of the old settlement, so not everything has to start from scratch.

But remember, you aren’t ever stuck in one of these roles. Like the game show, our role of leaper, builder or holder can and should change during the project.

Defining yourself or another by one of the three roles and not allowing movement to another role will impact on the agility and flexibility of the change.

We’ve a little bit of each of them inside us – tune in to your inner leaper – what is it trying to tell you? What spark of innovation is trying to get your attention? Imagine taking 9 paces forwards or backwards, towards the bridge builders – what can you contribute to the plan to ensure the bridge is wide enough and robust enough for what you want to bring across.  Stop for a moment to find out what you need to know about the new settlement before you build or leap?

But perhaps most importantly of all; can you see when you lack one of the groups all together in your team? If suddenly everyone is a leaper, who is going to build the bridge so you can bring things across? If everyone is on the bridge, how do you know which direction to build in? Go and visit a tradition holder, bridge builder or leaper from another project.  Be curious. Ask questions. They can’t tell you how to do your project, but you might find a perspective you weren’t expecting.

And one final word; in standing, sitting, lying, the necessary output was an entertaining sketch, rather than watching three people in different poses.  Don’t lose track of your aim…

With thanks to @sonia_sparkles for our fabulous pictorials 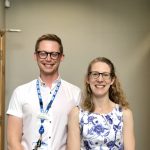 Rachel Pilling and Dan Wadsworth are the winners of the 2017 NHS Improvement Sir Peter Carr Award. They’d love to hear from you…follow them on twitter @miss_pilling  or @danwods or get in touch using email above.